90TH ANNIVERSARY OF The OLD HOSPITAL

Good Morning Mr House, Ladies and Gentlemen. I’ve been asked, as a previous staff member of the Hospital, to say a few words about its history – I promise you it only takes 10 minutes – I’ve timed it!

Back in the dark ages of 1922, this area was being opened up by Group Settlement; the population was growing but the nearest medical aid was at Busselton and that, with transport still in the horse and buggy age, was unsatisfactory. The local Progress

Association approached the Health Department to secure a Doctor for the district and, in 1923, Dr Rigby was appointed District Medical Officer and the Department also had plans drawn up for a weatherboard cottage hospital to cost approximately £1,000. In May 1924, the construction was completed for £1,100 and it was, as you can see from the old photographs, very basic.

In December 1929, the Nurses Home was added followed by a new dining room and extra bathroom for the Nurses, an operating theatre and sterilizing facility were also established being funded by The Lotteries Commission, State Government and local community. Improvements and remodelling continued over the years and services and amenities expanded – albeit somewhat haphazardly!

The Margaret Cecil Rest House history would fire the most romantic taste. Some years after the establishment of Group Settlement, Lady Alicia Cecil and her daughter Margaret, visited the district to see how the English women were faring in their new country and they soon realised that distance and primitive transport posed a problem for expectant mothers who either ran the risk of waiting at home for labour to start and risk not reaching the hospital in time or coming to hospital early and waiting there.

Sitting around the small facility with few comforts and amenities was unsatisfactory and the two ladies felt that a Rest House for these women was badly in need.

On their return to England, Margaret appealed to all the ‘Margarets’ in Britain to support a fund to build such a house by donating at least 1/-. The appeal raised enough money to build the house and then they supplied blankets, linen, curtains, monogrammed crockery, books and even a gramophone and records.

The Margaret Cecil Rest House opened in February 1929. The waiting women cared for themselves and were supervised by the Matron. A committee had been formed to deal with finances and upkeep etc.

By 1940, the car having superseded the horse and cart, the Rest House became redundant and was then extended to become a Maternity Unit, remained as such until the mid 1980’s when Maternity was moved down to the main hospital with a new Birth Suite and the house was refurbished to become a Permanent Care Centre for the aged in the community. There were actually some ladies who used the house both as Rest House and Permanent Care Unit.

When I arrived, in 1964, the hospital was 40 years old and boasted two 4 bed female wards, one 7 bed male ward, two isolation rooms, two private rooms, one children’s ward with beds and cots, an Operating Theatre, Casualty, X-ray (where trained nurses did basic x-rays) and a Maternity Unit. We had 26 beds in all.

As is usual in small country facilities, Government funding was not over generous and the Hospital Amenities Committee (now known as Friends of the Hospital), was formed to provide patient amenities and some medical equipment. We estimate that this committee has spent many thousands of dollars in the two hospitals, making them probably the best equipped hospitals of their size in the State. Over the years, Apex, Rotary and Lions clubs have also provided considerable assistance with various projects and the general community has also happily supported the various fundraising efforts.

In my view, the value of this committee has been much underestimated by the Government and I would like to see it recognized and valued in an increased and continuing manner by both community and Government and the hospital staff who profit from their efforts.

Others who deserve a special mention are Doctors Lagan and Sheridan. In 1968 the hospital was minus a Doctor and continued to function in an uncertain way for some months. Closure was threatened and we were told the cost of closure meant that it would not reopen. In the very nick of time, a Shire Council advertisement in an Irish newspaper was answered by these two very well qualified Doctors who moved to Margaret River with three children in tow. Dr Lagan recorded “we crossed the bridge at 4pm on March 6th, 1968”. They spent the next 32 years serving our community very, very well. The community has much to thank them for.

One aspect of nursing in a small country hospital that merits recognition is the risk that the ambulance may deliver you a casualty or medical emergency that has affected somebody you know, know well or are related to. It is also sometimes difficult to nurse people familiar to you who are suffering or dying. In those earlier days there were also some tasks not faced in the city such as being sent out with the ambulance to attend accidents or being tasked with the transfer of very sick or badly injured people to Bunbury or Perth for care we could not provide. Such trips could be ‘hairy’ to say the least – stuck in the ambulance – no seatbelt, even no seat if you had two patients, no Doctor on hand and no radio communication – they could be exacting times and we were happy when ambulances improved and more so when the Flying Doctor came to town!

The ambulance service in Margaret River is recognized for providing a high level of service. Training is thorough and members give many hours of service to this community and it is not an exaggeration to say that they contribute greatly to the survival and wellbeing of some patients with their knowledge and, at times, acts of heroism. Working with these volunteers for many years was an honour and a pleasure – I tell you all, value them because you never know when you may need them!

Conditions in the Old Hospital deteriorated over time and the failings became obvious despite all efforts of the domestic staff to ‘put a good face on it’. As the years passed, many efforts were made, not least by the Amenities Committee, to obtain a new facility as draughty, creaky, cold in winter and hot in summer it fell far short of 4 star accommodation. Night nurses crept up the sides of the passages on their rounds to avoid waking patients with creaking floor boards and pushing trolleys up passages was reminiscent of a switchback ride. Patients in the isolation rooms complained of hearing termites munching in the night and a trolley placed on the west side of casualty would migrate to the east side with no touch of human hand!

I tell a bizarre tale of the evening when I was confronted in the main passage by a medium sized kangaroo bent on exploration. Not keen to introduce it to our patients, the nurse and I gradually herded the beast down to casualty and, after seeking to find a possible owner, persuaded a local gent to remove it to safety. Now you wouldn’t get that in R.P.H!

Meanwhile, vineyards were expanding fast, surfers were eager to call Margaret River home and the population was on the rise. After years of begging, pleading and pestering, the State Government finally commissioned a new facility. The first tree was felled on July 25th 1988 and work was to take 38 weeks – somewhat optimistic as it took until 26th February 1990 for volunteer staff to uproot the last of the equipment, records and patients and move to the new facility.

It was a little sad to see the old place deserted – even if we were eager for a new start and it is pleasing to see the old buildings still serving the community. Nurses Home is now Red Cross Shop, Margaret Cecil Rest House is a Day Centre and the main building houses BESS and other community services.

That evening, staff held a barbeque at the Old Hospital and we ‘laid the ghosts’ of many years, remembering times of drama and sadness and some of laughter and satisfaction shared over the time. From Cook to Domestic to Orderly to Nurse to Clerical staff; to Sister to Matrons and Doctors, all take their part in a small hospital’s caring for its community. As they shared the care, staff shared the wake and never have ghosts been more truly laid!

With the advent of the new facility came new ways and the cosiness and familiarity and closeness born of shared difficulties, close quarters and lack of facilities is inevitably lost, hopefully the spirit that set Margaret River District Hospital apart will never be lost – but that is a story for someone else to tell. 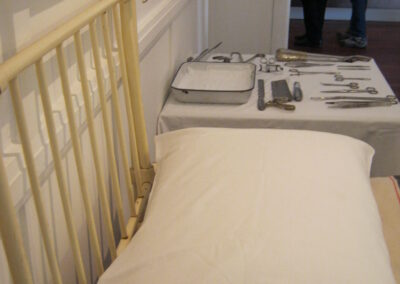 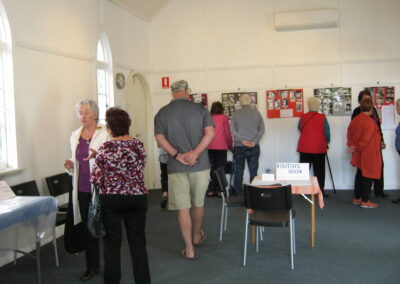 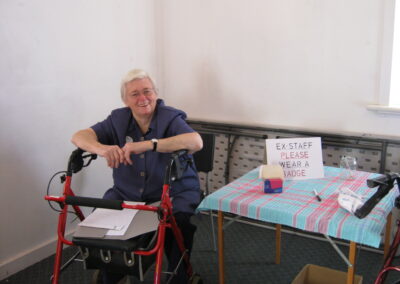 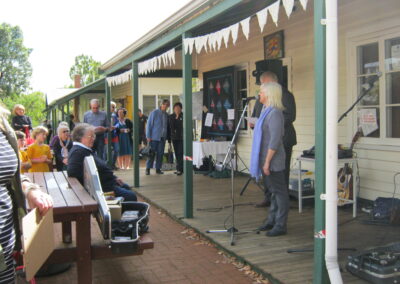 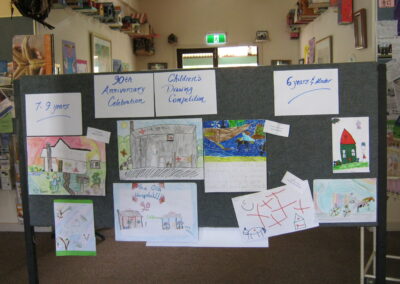 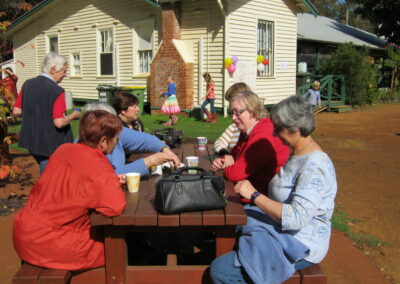 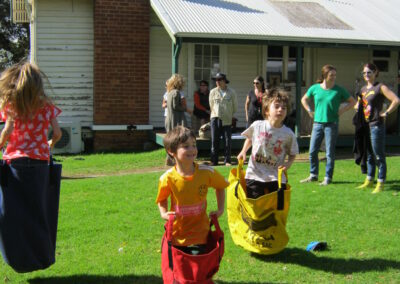 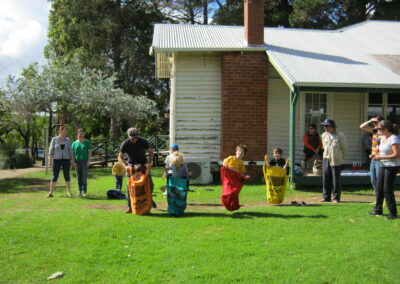 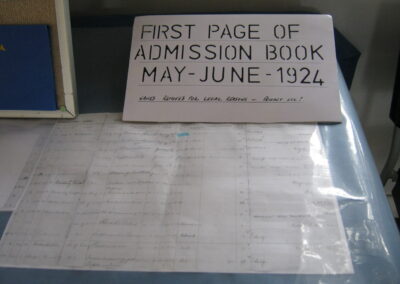 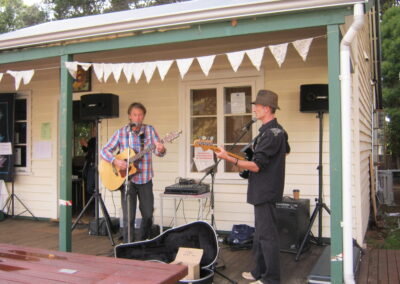 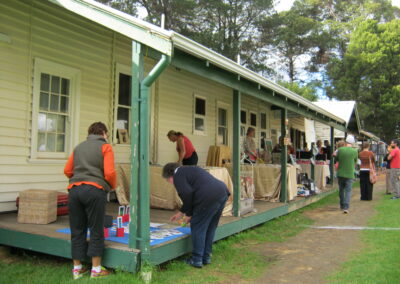 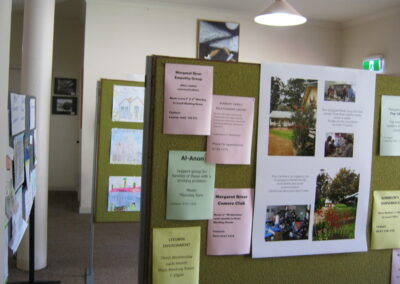 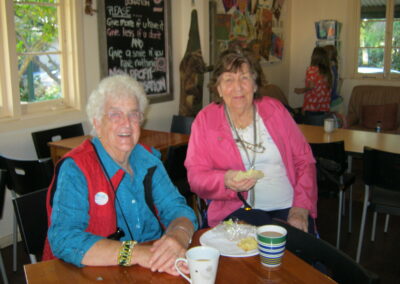 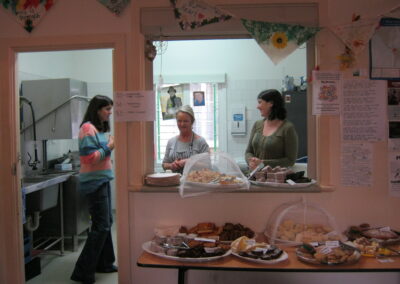 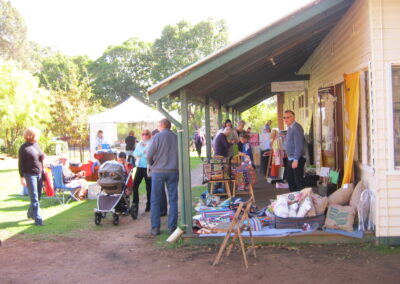 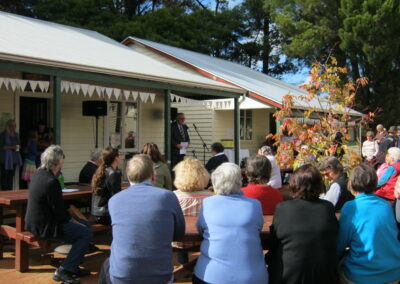 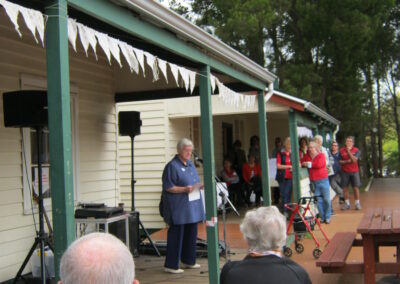 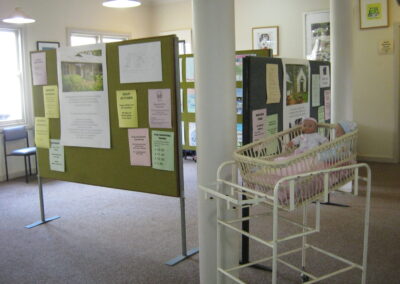 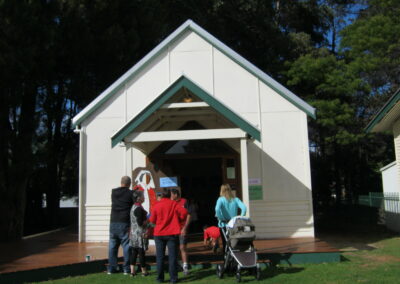 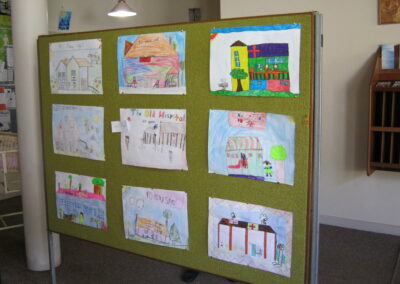 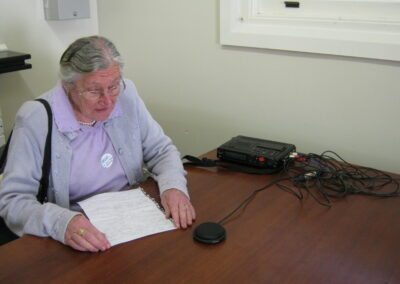 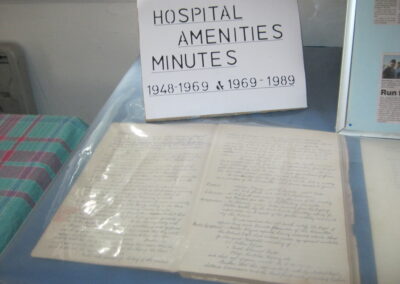 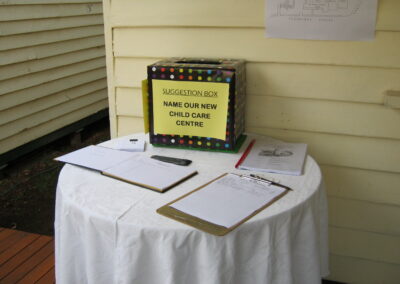