Community RallieS to save hospital site for community use

With the opening of the new hospital in Farrelly St in 1990, there was much public debate about the future of the old hospital site. There was controversy, extended negotiations, public meetings and intensive community lobbying. For months the local and state papers carried stories touting development proposals including tourism, backpacker style accommodation and a university campus. The community rallied, amidst fears that the buildings would be demolished and the land sold by the state government.

The Old Hospital Advisory Committee was set up to ensure the historic old buildings would be used as a resource centre focusing on the arts, sciences and public health. The group fought to keep the site for the community and included representatives form numerous existing groups, including the original Margaret River Community Centre (founded in 1984 and operating from a house at 1 Station Rd). The array of hospital buildings and grounds were recognized as the perfect venue to create a central hub for all in the community.

The committee formed the Margaret River Resource Centre (MRRC) and signed the lease of the Tunbridge Street site, securing it for community purposes in August 1990. The initial agreement was with the State Government and the following year saw the vesting of the whole site to the Augusta-Margaret River Shire Council which executed a lease with MRRC.

The volunteer, community-based committee took on the responsibility of managing the site, with a focus on maintaining heritage values and community accessibility. Since then it has been home to a huge and varied offering of groups and services. Renovations have been undertaken, relocated buildings such as Isaacs Cottage and the Church Gallery have arrived and new services developed, including the Soup Kitchen (since 1985), the evolution of occasional care (since 1984) into the Margaret River Community Centre for Children (opened 2004), and the Artist-in-Residence programme (1997 – 2017). 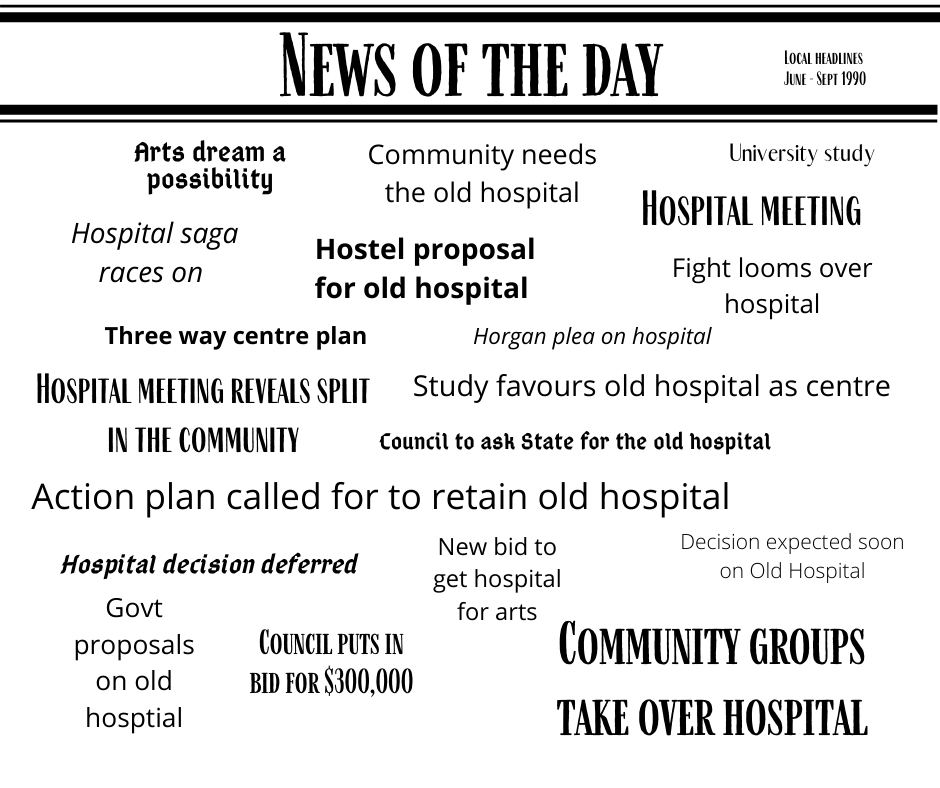 Headlines from local and state papers as the future of the old hospital site was determined. 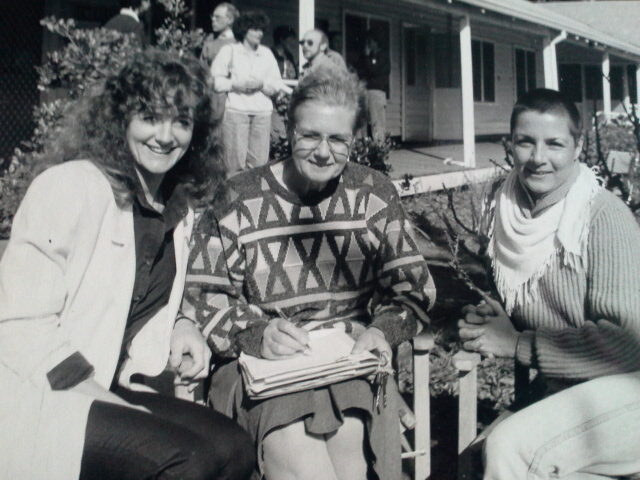